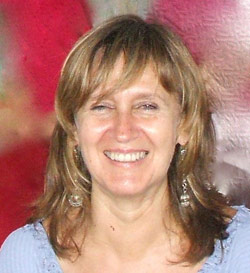 Sarah has 25 years experience working in the creative industries. She established Creative Screen Associates in 2011, to work on innovative and challenging projects in this fast moving and diverse field. She has extensive experience of delivering strategic business development and growth at the international, national and regional level working with industry, government stakeholders and other partners.

Prior to setting up CSA, Sarah led the UK’s export promotion brief for the UK Film Council (UKFC) as Head of Export Unit for seven years, having previously been the organisation’s Head of International Marketing. She was also Head of Marketing at the British Film Commission (BFC) 2000 – 2003, an organisation to which she moved from her post as Festival Director for the Birmingham International Film and TV Festival.

As Festival Director, she delivered the annual Festival and developed a series of year round initiatives including: Digital Babylon – an annual two-day digital production conference and digital short film competition and commissions; BIFTVF Distribution which imported and programmed specialist foreign films into themed series such as Spice it Up and On the Road, and distributed them to cinemas across the UK; MovieMahal – the critically acclaimed annual retrospective of leading South Asian talent, which brought Amitabh Bachchan, Shyam Benegal, Shekhar Kapur, AR Rahman, Mani Ratnam, and Shabana Azmi to the city; and BLOW UP!, a two year audience development and education programme of mini festivals, a film club and special events.

Sarah also ran her own company, McKenzie Associates, for ten years, delivering a range of contracts for theatre, television, film and the visual arts. These included producing a range of large scale outdoor live performance and film events; working on live and outside broadcasts for television and setting up and producing the first and second Rushes Soho Shorts Festival (RSSF), and six of its Awards Ceremonies with awards presenters including Alan Parker, Michael Apted, Lee Tamahori, Gurinder Chadha and Graham Norton.

Sarah is a Trustee of the leading UK digital cultural agency, Lighthouse.